Short tempered and quick to hit Teia loves machines of all kinds and is quick to repair them. She is a focused person and hates to be distracted or woken. Words are usually to the point and can often hurt others with out her meaning to.

Teia's regular height and weight with the exception of her arm witch are a bit muscular from lifting and building machinery and gadgets .

Her coral pink hair is quite hard to miss but she doesn't hide it , preferring that she get recognition for her work with her machines .

She builds her own clothes out of scraps of left over machinery , the trademark glowing green circuits however somehow remain even after cloth is put over it .

A tough love kind of girl her words are short and pointed but not meant to be unkind. Has a soft spot for any kind of tech and hates to see any kind of machinery wasted .

Loyal and helpful in a jam

Comes off as harsh, gets almost uncontrollably angry when she sees someone harming electronics.

short tempered, and has a bit of a mean streak. Uncontrollable German accent

To avenge her father , to create a recycling facility for broken tech.

Though not really one for love Teia developed a rather strong crush on Aquarius . Never beating around the bush Teia has confessed her love to Aquarius ( not that she didn't already know , Teia's not that subtle) and is waiting a resonse.

Once had a slight crush and envy of Zircon because of his easily conveyed emotions , Teia never acted on this knowing he was in love with another girl

The building and controlling of machinery at will

PROS:
Useful in a jam , can control enemies weapons if technology.

CONS:
Vulnerable to water and telepathy

Clothes made of tech:

PROS:
Can be made in to armor and another kind of tech needed.

not afraid to charge into battle.

Her father was a mechanic who died in a sabotaged elevator crash leaving her with his shop and later she would realize his powers. She left the shop with her mother and set off to find her father’s killer but kept getting caught up saving people when they needed help.After quickly becoming exasperated with this she finally gave in and became a hero knowing if she stuck around she could eventually find her fathers killer.

Aderasteia only goes by Teia or her alias only her family and team know her real name despite her hair. Teia's uncles are called " The Three Grease Monkeys" because each of them ran off to build car repair shops when they were 19 . Quite often while working Teia will mistake her coffee for oil. Teia first learned English by watching Sesame Street. 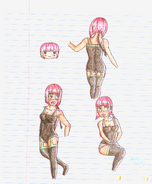 Could have been the princess of china 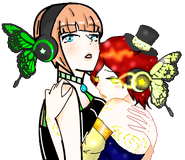 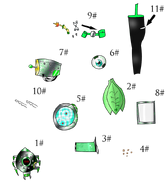 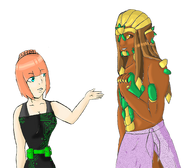 So we meet again
Community content is available under CC-BY-SA unless otherwise noted.
Advertisement