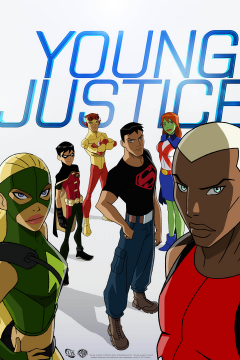 The Team is a teenaged super-hero team, assigned to undertake covert operations on behalf of the Justice League.

The Team is based in Mount Justice, the original headquarters of the Justice League. Aqualad, who had taken charge in the Cadmus incident, acted as the leader of the Team. Robin is the Team's hacker, acrobat, and computer specialist, Kid Flash is the speedster and science wiz, Superboy is the Team's muscle, Miss Martian is the Team's telepath and Artemis is the Team's long-range marksman.

After exposing the illegal genetic projects being done at Cadmus and rescuing Superboy from the cloning labs, Robin, Kid Flash, Superboy and Aqualad joined together with Batman saying that they were "determined to fight the good fight". The Justice League agreed to let them form a Team but under League terms. One of the reasons why the Team was allowed was Batman's need for an undercover covert ops unit who could work under the radar due to the increasing efficiency of criminals and evil organizations like Cadmus. On July 8, at 8:04 Eastern Daylight Time (EDT), the five members of the Team gathered: Aqualad, Kid Flash, Robin, Superboy, and Miss Martian.

When Aqualad, Robin and Kid Flash came to try to convince Speedy to join The Team, he refused, claiming that the Team was a joke and a means by which the Justice League could keep the sidekicks busy and "in their place". The sixth member was to be Speedy (who later changes his name to Red Arrow) but when it became apparent he wasn't joining, Artemis was later chosen.

So much was accomplished, you don't even know!

Community content is available under CC-BY-SA unless otherwise noted.